Acer or Maple trees are a firm favourite because of their distinctive leaf shapes and vibrant foliage that change colour through the seasons on many varieties. Colours include purple, red, orange, yellow, pink and green. We offer over 65 varieties of Acer tree, including many varieties of Japanese Maple, Norway Maple, Field Maple and some more unusual choices.

The vibrant colours and distinctive lobed shape of their leaves make Maple trees a great addition to any garden or planting scheme. They can be trees or shrubs and come in a variety of shapes including upright, spreading, mound forming and round. The smaller varieties of Japanese Maple are ideal for any sized garden, with many being suitable for growing in a pot. For those with larger gardens, Norway and Red Maples create a stunning feature. Maple trees are all deciduous but if you want winter interest, choose Coral Bark or Snake Bark Maples for their colourful or patterned bark.

Whilst primarily known for their leaves, Maple trees can also produce flowers and fruits called 'samaras'. The fruits spin as they fall due to their shape and are commonly known as 'maple keys', 'whirlybirds' and 'polynoses'. Children often refer to them as helicopters and the US army even designed an air drop supply carrier based on this 'helicopter' technique.

Acer is the latin name for the genus, which comprises approximately 130 species and over 700 cultivars. As Acers often have attractive autumn foliage colour, many countries have leaf-watching traditions. The Japanese custom of watching Acer leaves change colour is called momijigari. The same tradition is called Danpung-Nori in Korea.

Culturally, the maple leaf has been a common symbol for strength and endurance. It is featured on both the Canadian flag and the Canadian coat of arms and is also their national tree.

Beyond their use as ornamental trees, some Maples have more practical uses. The ever popular maple syrup is of course made from a type of maple tree (sugar maple - Acer saccharum). It takes approximately 40 litres of sap to make 1 litre of syrup. Certain species make for good timber, with Sugar maple being used for making bowling pins, bowling alley lanes, pool cue shafts and butcher's blocks. Known as a tonewood (meaning that is carries sound waves well) it is also used for making several types of musical instruments as it has a brighter sound than mahogany. Maple made instruments include: violins, violas, cellos, double basses, electric guitars, drums and drum sticks. 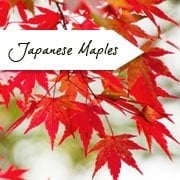 All Japanese Maples
View All Products › 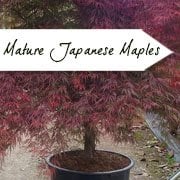 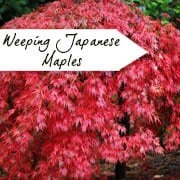 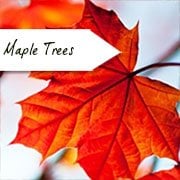 All Maple Trees
View All Products › 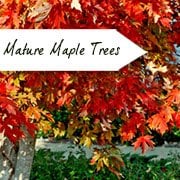 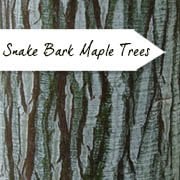 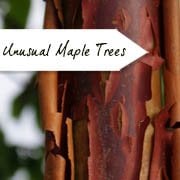