Birch trees, or Betula trees to use their Latin name, are favoured for their light, airy foliage and beautifully coloured peeling bark. Whilst Betula are mostly known for having white bark, we also offer newer varieties with blush, ginger, cream and red coloured bark. It takes them time to develop the bark colour, but we offer some varieties specially bred to develop it at an earlier age.

Himalayan varieties (Betula utilis) are renowned for their white bark, whilst the native Silver Birch (Betula penduls) is often referred to as The Watchful Tree due to the eye-like impressions on the bark. Chinese Birch (Betula albosinsensis) have bark from pale cream to red-orange, whilst River Birch (Betula nigra) tend to have dark bark. The bark features horizontal lines called 'lenticels'. Chinese varieties are slower growing so they tend to be most suitable for smaller gardens/situations, but recently several cultivars of Himalayan Birch have been selected for their smaller size too.

Whilst the popularity of Birch trees is due to their attractive exfoliating bark that comes in a variety of shades, they also boast many other features. Catkins appear with the tree's new leaves in spring and the airy foliage creates lovely dappled shade, taking on pretty pale yellow colours in autumn.

Amongst the most hardy of trees and with an ability to thrive in many situations, Birches are pretty easy to grow in any reasonably fertile, well drained soil (although River Birch is excellent in damp but not waterlogged soil).  They need sun or dappled shade and ideally some protection from cold winds and it's sensible not to plant in a frost pocket.  Some say that planting in full sun helps keep the bark colours bright (by producing botulin which gives the trees their chalky white bloom).  You can gently wash down (cool water) the bark to remove accumulated grime.

Betula is the Latin name for this hardwood deciduous genus. The wood has many uses, from when North American Indians used it for making lightweight canoes to nowadays when it is commonly used to build waterproof roofs on houses in Scandinavia. The wood contains an oil which makes it resistant to decay and so an ideal building material. Birch wood also makes great firewood, it does not pop when burning and will ignite even when wet due to the oils in the bark.

Birch sap is used to make a traditional drink in parts of China, Russia and Northern Europe. It can also be made into a syrup which goes well with waffles and pancakes. Extracts are also used in cosmetics, e.g. shampoos and soaps. Fragrant Birch twigs are used in saunas and spas to help relax the muscles.

It is the national tree of both Finland and Russia and also has historical cultural relevance. In Celtic folklore Birch trees represent growth, renewal and initiation. The Czech word for the month of March is Brezen (Birch) as Birch trees flower during March under the local conditions. 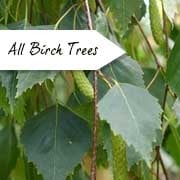 All Birch Trees
View All Products › 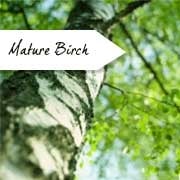 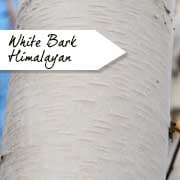 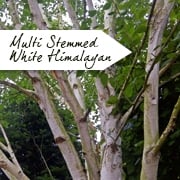 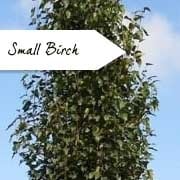 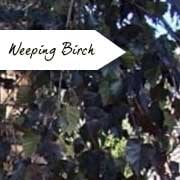 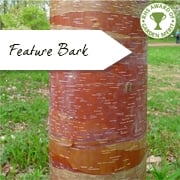 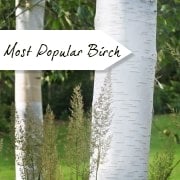