Japanese cherry and Japanese apricot trees are starting to come into bloom now that it’s spring. Prunus mume ‘Beni chidori’ is one of the first to come into flower and the glorious blooms of vivid pink flowers sitting on bare stems can be seen on full display right now.

June Pearce, our marketing director, has a fine example of ‘Beni chidori” sitting outside her kitchen window. We asked June why she’d chosen this tree for such a prime position in her garden.

June told us “It’s was planted 3 years ago and it’s perfect for this situation because it’s a top grafted tree so it will never grow taller and it will always be the right height to be framed in the kitchen window as I look out from sitting at the kitchen table.  I planted it in exactly the right spot for that effect.  It’s very early flowering (these photos were taken on 9 March 2017) and it flowers before the leaves emerge so the branches are bare. I love the carmine pink flowers against a background of a dark green conifer hedge and although they are fairly small flowers (not like the big blowsy blossoms of the typical flowering cherry trees which flower later in Spring), because it’s planted quite near the window, I can easily see the detail in the flowers as well as the overall effect.  I also love that it’s the first pink flower in the garden, coming out just after snowdrops and often before daffodils.  It is strongly scented with an almond-like scent and I often cut off a few stems for a slim vase.  For such a delicate looking flowering tree, it is very hardy and one winter it was flowering in the snow, which only seemed to enhance the appearance.  It doesn’t do a great deal for the rest of the year – the leaves, when they emerge are just a plain green and they do take on autumn tints but not spectacularly, so this really is a tree that just gives a show once a year – but what a show it is!” 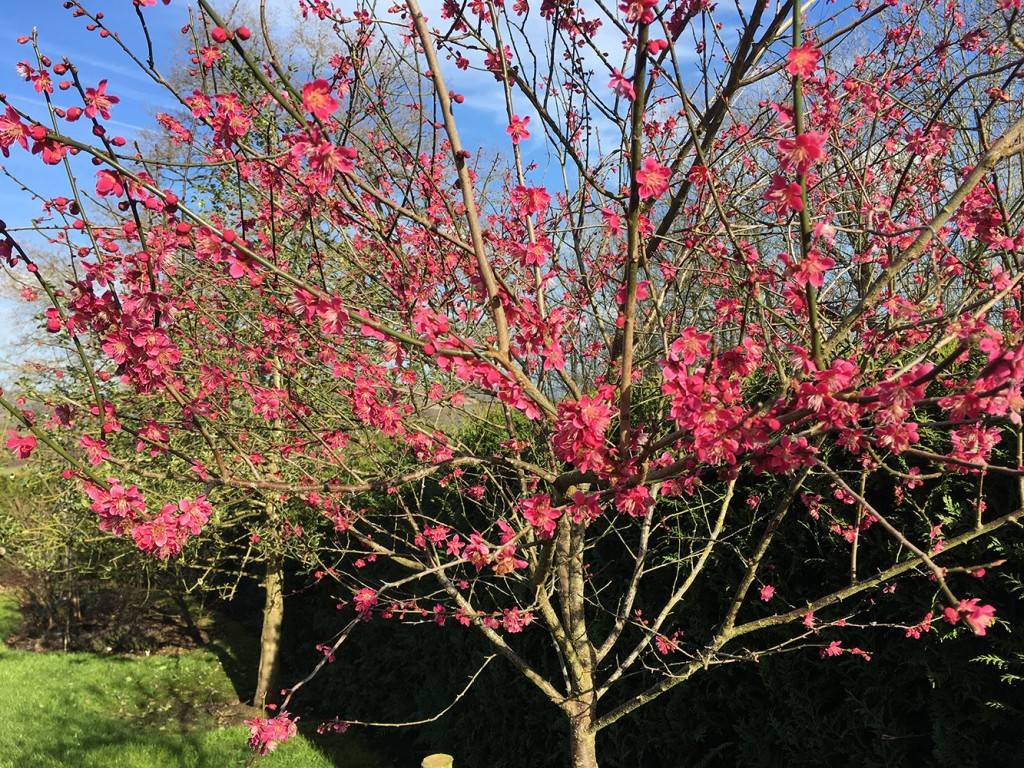 ‘Beni chidori” is a flowering apricot tree and whilst it doesn’t produce fruit, it is a very popular choice because of its exceptional blossom display in early spring. We have it in top grafted bush form and tree form. We also offer a non-top grafted version of the tree which will grow taller. We also have a white flowering Japanese apricot tree called Prunus mume ‘Omoi no mama’. 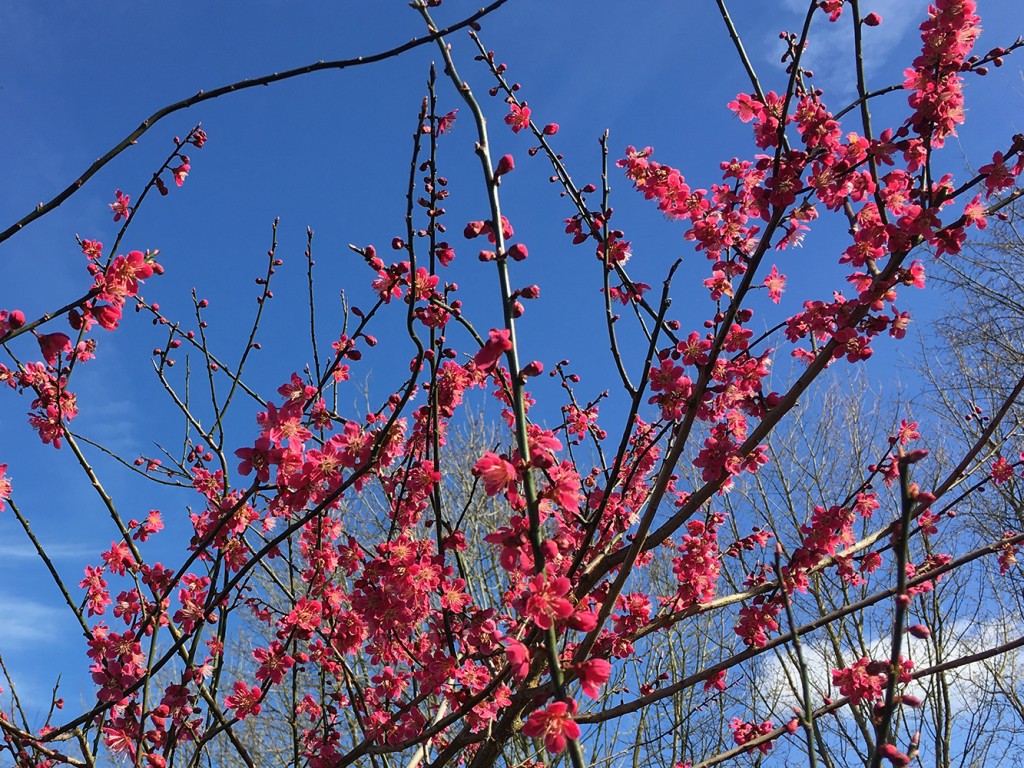